Click here to purchase the Stellar plan from Namecheap

Namecheap is a very cost-effective, high-quality webhosting solution. The customer service department is incredible, too.

You will purchase the entire YEAR of hosting (for up to THREE websites) for around just $26. Then click Connect To Hosting, and Add to Cart.

That’s all! Be sure to checkout all the way, and we should be good to go.

The most basic MailChimp feature is to send an email blast to your entire list. They are referred to as Campaigns in MailChimp. This tutorial teaches beginners exactly how to create, design, format, and schedule automated emails in MailChimp. Taught by a tech nerd, you will learn advanced skills in a “beginner” language! Learn to send MailChimp campaigns today!

Getting Started in MailChimp

After logging in, you can manage emails by clicking Campaigns at the top. This is where you will view existing emails, send new emails, and edit email drafts.

You can preview emails by clicking the arrow button and selecting View Email.

Create an email by duplicating an existing email campaign:

Setup the details of the email:

MailChimp even has a fun page to learn basic tips about email design!

You can either send the email campaign now or schedule it to send at a specific time in the future.

To save as a draft and revisit later, click Finish later.

To send the email campaign in the future:

A term that I find to be equal parts degrading & misleading, and which is created by assumption and causes undue speculation, is “job-hopping”.

A person glancing at my resume could easily say, “This person is a job hopper,” & dismiss my candidacy altogether. But without even providing further insight into my own personal experience, let me explain my perspective on the term “job-hopper.”

First and foremost, a one- to two-page resume is not enough room to really even convey the job responsibilities carried out in each given position. However, within that limited space, each applicant has to find a way to best represent both themselves as an employee, as well as an adequate description of their job experience.

Aside from the fact that it’s increasingly difficult to really convey one’s entire breadth of responsibilities, the fact that a person’s tenure was short does not mean that they did not perform or learn a substantial amount in that role. Especially when it concerns people who work hard, learn quickly, and persistently grow both personally and professionally, it’s hard for anyone to put a limit on the growth a person can undergo and the experience a person can gain in a given time frame.

From what I’ve found, a person is considered to be a job-hopper if their tenure at a job is less than two years. Amongst many other things, I don’t necessarily believe in judging people based on black-and-white facts. I think that a wiser approach is to try to truly understand a person. That being said, knowing the number and extent of things that can happen in this life in just a week, and a month, and a year, a two-year time frame of a person’s life can pass quickly or extremely slowly.

There is no way to know what has occurred throughout the course of a person’s career timeline to cause the changes in their occupancy or industry.

Before the unpredictable nature of life and the workforce even come into play, how often does a person immediately know what it is that they want to do in their professional career? How are we supposed to figure that out without having different experiences?

What could be considered “job-hopping” could also be a natural course of growth for some people. In my experience, my tenure at any given position has absolutely nothing to do with my stability or loyalty. In fact, I am extremely loyal and hard-working, driven to help to the full extent and in any way that I can.

Beyond that, what about the benefits that can be brought about only by acquiring this varied experience? Personally, my decade of real job experience has been a true adventure, with some amazing opportunities and some difficult lessons. I have learned SO MUCH. Most importantly, I have learned what I am capable of, what I can overcome, what drives me. I’ve learned about my strengths, what I will and won’t tolerate, and what I deserve. I have a much better idea of the things I want out of life and my career, the things I want to do, and the kind of person and professional I want to be.

I don’t believe that the term of a job position should be the determining factor in whether a person is considered.  If a candidate has presented themselves and their skills and experience well in their resume, if their skills and knowledge would be beneficial to the position and company, if they provide verifiable references — and if the only concern is that they could be perceived as a job-hopper — I believe they are worth getting to know a bit more; at the very least, they deserve an introductory conversation!

Hi! I am so ecstatic to be here, but more than that, I’m excited that YOU’RE here. Thank you for joining my world!

First and foremost, I must say that I am absolutely astonished by the fact that I have taken a 10-year hiatus from blogging. It’s a pretty frustrating realization, because it would have been so amazing to see how I’ve developed over the years {visually, rather than mentally}. I’ve said a million times in that time span that I have a list of books to write, and I’m now at the point in my life where “one day” isn’t good enough. There is no more precious time to be wasted! I’ve lived a long life in my short time on earth and I have so much more life to live! I have to put what I know out into the universe because I have such huge dreams of helping people in so many ways. You have to start somewhere — so here I am!

With this being my first blog post, I have to take this time to somewhat introduce myself. My name is Ashley, and it’s hard to pin me down. I never liked labels because people who run around arbitrarily labeling people are the same people who make snap judgements. Those people cannot be trusted. I cannot be defined by a label. And I won’t take the time to sit around disputing what silly judgements have been passed upon me. I AM ME. 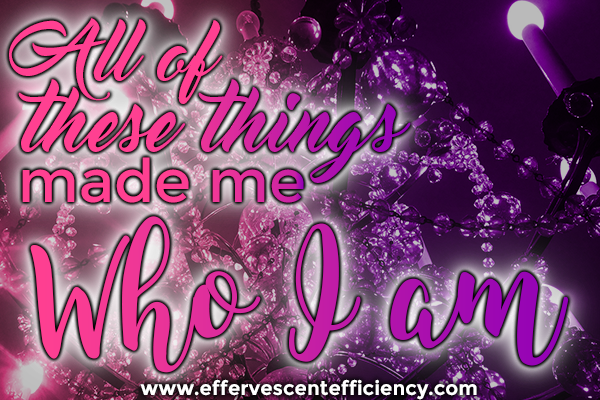 That lyric melts my heart straight to the core. If someone doesn’t care to take the time to understand what makes me me, then I don’t have time for them. Life is short, and you have to surround yourself with love and light; inspiration and encouragement; joy and laughter.

I am a lot of things, and a lot of the things that I am seem contradictory. I am a workaholic; I work hard and persistently, with extremely high standards and just a dash of perfectionism. I am silly and easily amused. I am seriously motivated. I love people, and I love to have fun and laugh hard. I consider myself to be equally in tune with both my left and right brain, which provides for an extremely interesting life. I was also born without a sense of smell {congenital anosmia} which has DEFINITELY proven to be interesting, confusing, bizarre — but that’s a WHOLE different tale! I grew up at a young age, and yet I will forever be young at heart. That being said, I’ve always been fiercely independent — and yet when I look back to where my true adulthood began, and imagine a flip-book of my life’s events from then until now, I’m truly blown away at how my independence and entrepreneurship have skyrocketed. I am determined, I am resilient, and I am strong. 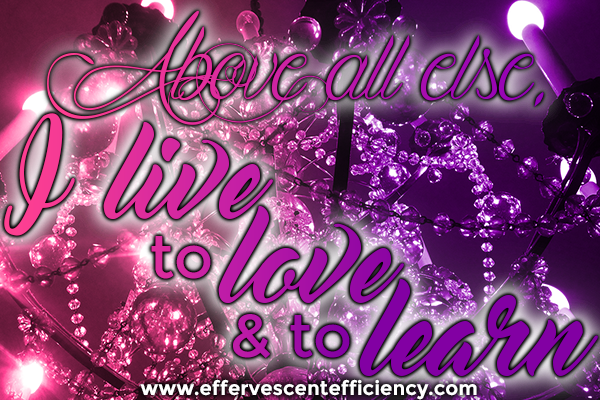 “Above all else, I live to love and to learn.” {Ashley Alexander}

With a pile of dreams and goals beneath me, I have taken the plunge into making things happen, and I have never felt more fulfilled and excited in my life — and I’m probably the most easily excitable person I know. I cannot thank you enough for taking the time to read my first blog post of this decade, and for embarking on this amazing life adventure with me! I’m definitely going places, and I plan to take you with me! I am so excited to share my journey, my skills, and above all, my passion.